Logitech is one of the biggest names in the  computing peripherals industry. The company develops peripherals and accessories for PCs, from standard mice to gaming headsets, Logitech has been dishing out great computing gear for many years now. There are some high-end gaming mice by the company but we don’t really talk about anything else except gaming headsets here. Yes, we’re only dedicated to reviewing the best gaming headsets industry has to offer for all platforms including PCs and Consoles.

Today, we have one of Logitech’s high-end and top of the line gaming headset, Logitech G930 wireless headset, which according to the company is the best in its price range. We’re sure you won’t take the company’s word for it, so we took it for a rigorous test drive and this review is going to express our feelings regarding the Logitech G930. If you’re looking for a new gaming headset for your PC then keep on reading to find out if this is the perfect headset for you or not.

This is where the G930 really excels, the audio quality is top notch. We couldn’t ask for any better. In this price range, the G930 comes out on top. To top that off, The Dolby 7.1 Surround Sound gives you one of the most immersive experience in gaming, it’s like you’re hearing it from all directions. When playing a shooter, you’ll hear bullets flying past you from different directions, approaching footsteps, etc. I even enjoyed playing Fifa with it because the whole game play experience was enhanced with such an immersive sound quality.

That’s not it, it’s not just great for gaming but watching movies/TV shows, Music, other sporting events, and even chatting with friends/family feels much better with it. The clear and crisp audio enhances all types of sounds and provides you with a richer experience. Though when listening to certain Bass-heavy songs we noticed that the G930 lacks a bit when it comes to bass, the bass isn’t that strong in the headphone but as a gaming headset that shouldn’t be much of a problem to gamers.

Out of the box, you’ll get two different pieces of equipment. One wireless transmitter and the headset itself. The transmitter resembles a USB flash drive but is a bit larger in size and circular which also serves as the wrap for the microUSB cable that comes with the headphone. The headphone itself looks a bit bulky and heavy at first but it’s really comfortable and can be used for 2-3 hours continuously without feeling any discomfort at all. The earcups are soft and comfortable and fit rather nicely on each ear, at least we didn’t get any uncomforting feeling while testing the unit for 2-3 hours. Though, the headband could’ve been more comfortable if the company had added a cushion, it has a thin soft padding but a better cushion would’ve been even better because some might feel some sort of discomfort with the thin padding.

All the control buttons are on the left earcup. The volume wheel, mic mute button, three customizable keys, Dolby switch, and the Power key. There’s also a microUSB port on the bottom of the earcup that’s used for charging the headphone. It can also be used while charging though that will affect the charging time greatly. The overall look of the G930 is a little dated it has to be said, but that adds a certain retro charm I feel.

First of all, the company claims that the G930 can provide up to 10 hours of battery life on a single charge. Well, that’s not just a hollow claim instead we tested the headset and it definitely passed our battery test with flying colors. Even though the headset gave us 10-hours of battery life but when the battery gets low, it just shuts down without any warning. We would’ve preferred a beep or some kind of signal indicating the power’s running low.

Another great thing about the G930 is its amazing wireless range. It’s difficult for wireless headphones to live up to their range claims but this particular headset works for up to 40 feet without any distortions or audio cuts. We didn’t have any other 2.4GHz wireless device interfering with the signal so maybe, a few wireless devices might affect the range by a small margin but we assume that won’t be the case. We tried moving from one place to another and noticed no lag or signal drop in the connection.

The noise cancelling microphone provides a much better experience when chatting,  especially during a game when you’re in a noisy environment. The voice was clear and sounded very natural. When you want to mute the mic, just put it back in an upright position and it will mute automatically.

The Logitech G930 supports Windows Vista, 7, and 8. You can use it as a standard headset on earlier Windows versions or even Mac but if you want to take full advantage of the headsets’ capabilities and install the supported software/drivers then you’ll need either Vista/7/8 in order to do so. You can download the supported software via Logitech’s official website. It’s pretty simple and straightforward to install and set-up.

The Logitech G930 headset provides very good audio quality, high-end wireless range, better than average battery life, and a retro yet functional design. For a price tag of $159.99, the G930 is definitely one of the best gaming headsets available for your PC. The Dolby 7.1 surround sound is just an added bonus to all the features that the headset sports. Lag-free wireless connection will keep you in sync when you move from spot to spot within the range of the transmitter. If you need a much more immersive and richer gaming experience then and you’re looking for something relatively affordable, the G930 is the perfect gaming headset for you. 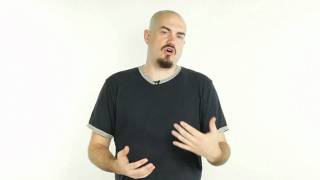