I’d like to mention that I’m a big fan of all things that are wireless because wires just create unnecessary hassle and are painful for my minimalistic nature. I prefer it simple and clean. Same goes for the headphones, wireless ones tend to create very little to no mess at all. Astro has been a defining symbol in the gaming headset industry, the Astro A40 headset was a decent success for the company and we’re about to find out what lies ahead for the premium Astro A50.

Lets talk about the sound quality of the Astro A50 headset. If we were to put it in a single word, it would be extraordinary. (That’s not 2 words, right?)

The Astro A50 with its 40mm drivers provide the loudest, clearest, and the sharpest sound you’ll ever hear on a headphone, so far. Who knows what comes out next but at the moment we’d say the Astro A50 offer the best sound output quality on the gaming headset scene. The Virtual Dolby 7.1 Surround Sound is what we call pristine and offers even better directional audio than most of the physical surround sound systems.

While testing the headphones in game, we found ourselves to be completely cut from the outside world, I couldn’t hear the person sitting next to me, that’s how deep the sound takes you. When watching movies the experience was highly immersive and it felt like we were almost inside the movie.

The A50 packs in almost the same hardware as its predecessor the A40, but the completely revamped design of the sound cans offers a much fuller and richer sound with no leaks at all. There is actually no feature for noise cancellation but the ear cans completely block out any unnecessary sounds like, your friends talking while you’re gaming, your younger sibling’s bickering while you’re gaming, etc, you get idea?

Remember when we said  dull looking headphones with superior sound will always triumph over other headphones? Well, in this case, the Astro A50s are a beautifully crafted pair of headphones that also offer the highest quality audio output. You don’t have to sacrifice the looks over the functions because the Astro A50 packs in both the design elements and the superior functionality in a single package.

You may find the headset a bit bulky and heavier for a gamer but the comfort is undeniable. You won’t feel the wearer fatigue that many cheap quality headsets tend to offer. The puffy ear cups are soft and comfortable to the ear, and a nice fit as well. The cans completely cover the ear thus blocking out all the outside sounds from getting into your ear. Best of all, there’s extra padding in the headband that actually disperses the weight of the headphones across your head instead of one single place. Normally, non-gaming headphones are much sleeker but they don’t come with a built-in mixer and high quality microphone. The microphone is made of durable plastic and feels much more solid.

There’s also a small box, a transmitter that has the power switch and the button for Dolby 7.1 Surround Sound, the lights go red when these are turned on.

The Lithium-ion battery provides nearly 8-10 hours of continuous  gameplay on a single charge but it would have been much better if the battery was removable because if it fries, you’ll have to send your Astro back to the company for a replacement of battery.

Astro uses 5.8Ghz signal with the KleerNet technology which means that apart from delivering crystal clear audio over the air the headphones are also compatible with wireless KleerNet devices.

We didn’t have any problem with the headphones wireless range but if you sit more than 30 feet from your wireless transmitter than that might be a problem. The headphones deliver pristine audio at about 30 feet but anything above that will give you signal dropouts, audio cuts, etc. So, it’d be better if you don’t move around that much. We also experienced a very minor audio dip for about a few milliseconds but the company explained they will release a fix soon with the next update for the firmware.

Well, here’s the best thing about the Astro A50 headset, these premium gaming headphones are compatible with almost anything you might own. The Xbox 360, PC, PS3, PS4, and Xbox One. The Xbox setup is, however, a bit messy because it requires you to plug in the headphones into the Xbox controller to receive Chat audio which is really annoying for a wireless headset. For everything else, the Astro A50 is completely wire-free until you plug in the USB charging cable.

The Astro A50 is the best wireless gaming headset we have had the chance to review so far. It supports almost all the platforms, offers the best sound quality, a premium gaming design, better than physical Dolby 7.1 Surround sound, and a pretty good battery. Even though the weight could have been lighter and the lack of removable battery are a few downers but all in all, the Astro A50 is the winner when it comes to premium quality gaming headsets. If you can afford to spend the money, for a wallet denting price of $299.99, they’re the best in the business. 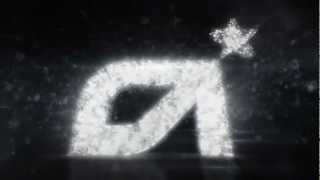